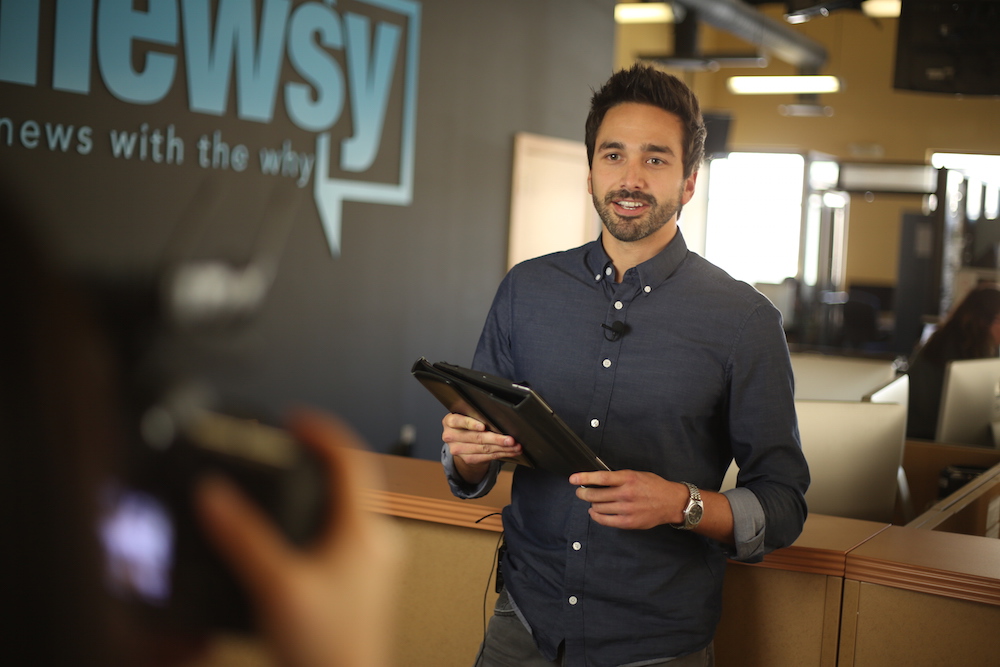 An innovator in the OTT news space, Newsy helps advertisers target cord-cutting millennials who watch its video news reports on CTV, desktop and mobile devices. Newsy, whose Apple TV app was named a “Best of 2015″ app by Apple, chose SpotX as its partner to power the sale of video ads programmatically on Apple TV. Newsy is a wholly owned subsidiary of The E.W. Scripps Company (NYSE: SSP).

Advertiser spending on CTV in the SpotX platform increased 570 percent from Q3 to Q4 2015, and publisher CPMs nearly doubled on average, according to Allen Klosowski, VP of Mobile & Connected Devices, at SpotX. CTV platforms are one of the largest opportunities emerging for video publishers, and advertisers are finding tremendous value in reaching lean-back viewers.

“Advertisers want to execute cross-screen strategies, and that has quickly extended to data-driven buying on large screens,” Klosowski explained. “We’re seeing digital-centric agencies shoot for the living room TV, then attempt to match the same viewers on smartphone and desktop to execute retargeting video campaigns.”

“The power of connected TV is its ability to reach audiences who are cord-cutters and cord-nevers and engage them in meaningful ways,” said Sabatinelli. “This audience is increasingly harder to find on cable TV, which is why we’ve developed video news experiences in formats specifically for digital devices.

“The Newsy app for Apple TV was developed to deliver the best user experience for our viewers when they’re relaxing at home in front of their TV screens,” Sabatinelli added.

SpotX is a leader in programmatic enablement of video monetization on Apple TV, having launched an SDK supporting ad serving inside the new tvOS in November. The company’s inventory management platform also integrates with Roku, gaming consoles and other CTV devices.

Newsy publishes more than 1,000 videos per month to deliver short, engaging news reports geared toward a younger/ millennial audience. It uses SpotX’s platform for both ad serving and private marketplaces, to execute the sale of its video inventory through well-defined programmatic infrastructure.

SpotX is a video inventory management platform for premium publishers and broadcasters, helping them manage all of their demand sources from one place, and monetize content across all screens. The SpotX platform offers publishers unprecedented transparency and insight, creating a safe, controlled environment that allows them to connect with advertisers, and achieve the highest revenue possible.

Newsy is a millennial-focused digital video news service that provides “news with the why,” built to inform and engage by delivering today’s top stories across platforms. Its content is available in on-demand and linear formats on over­the­top (OTT) services including Apple TV, Watchable from Comcast, Pluto TV, Roku, Amazon Fire TV and Google Chromecast; connected television including Xumo; on mobile for iOS, Android and Kindle Fire; and at newsy.com.