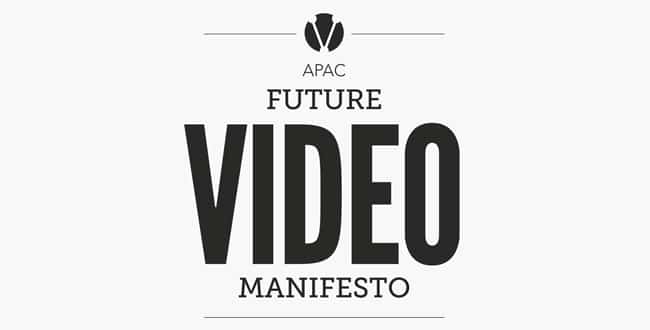 Video ad tech company advises advertisers on how to deal with the rise in ad blockers ahead of Advertising Week Asia in Tokyo; Survey finds 94% of Japanese consumers would consider using ad blocking software.

The APAC Future Video Manifesto advises advertisers on how to future-proof their video advertising and deal with the rise in adblocking, predicted to wipe off $41.4bn from the global economy in 2016 (source: Adobe/ Page Fair).

An Unruly survey found that 94% of internet users in Japan would consider using ad blocking software. The manifesto sets out 7 pillars to help brands understand why ad blocking is on the rise and what they can do to be part of the solution rather than the problem.

Haruyo Kagawa, Unruly’s Japan Country Manager, said: “Our survey highlights some of the huge challenges facing the ad industry right now. The industry has largely adopted an interruptive video model, which is a hangover from TV, and consumers are being bombarded with hard sell sales messages which deliver little emotional value. You could argue we’re hurtling towards an ‘adblockalypse’, where there’s a real risk that consumers will abandon advertising if brands don’t listen to the signals and adopt more engaging, non-invasive ad strategies for the long term.

“We launched the APAC Future Video Manifesto to help brands in the region rebuild trust, re-connect with consumers and re-set the ad economy so we can collectively survive the existential threats that face the ad industry in the 21st Century and realise the full potential of video as a medium.

“Consumers are fed up with ad clutter – too many anti-social, interruptive ads. The solution is polite advertising: polite-page loading, respectful ad formats that give a better user experience, and better ads in the first place – content that’s worth watching.

“Japanese consumers have high standards when it comes to advertising – we’ve found that audiences here are less likely to respond emotionally to content, so the need to be truly engaging and tell a story is vital.”

Other key findings from the survey – which asked 3,200 consumers from around the world what they want from video advertising online – include:

・More than three-quarters of Japanese internet users (76%) and 75% of consumers across South-East Asia say they mute video ads, slightly lower than the global average of 81%;

・A third of Japanese consumers say they find ads that follow them around online ‘helpful’ – the highest of any nation. Only 28% of South-East
・Asian audiences felt the same, while the global average is just 20%;

・80% of Japanese consumers say they would lose trust in a brand if they felt an an ad feels fake – much higher than the global average of 72%. South-East Asian consumers have the highest average of any region (86%).

・Control of video content is important in Japan, with 50% of Japanese viewers stating that they like to be able to control video ads – slightly lower than the global average of 62%.

With 3 out of every 4 video views now taking place outside of YouTube, 90% of Ad Age 100 brands have already used Unruly to connect with audiences at speed and scale across the Open Web.

UnrulyX is the first supply side platform (SSP) for mobile video to offer scaled delivery of native ad formats and guarantee the viewability of premium video impressions bought via RTB.

Its super power is emotional ad tech. Its secret weapon is passionate people on a mission to #DeliverWow. Unruly was acquired by News Corp (NASDAQ: NWS, NWSA; ASX: NWS, NWSLV) in September 2015.