As part of continued expansion in Indochina, Y&R Yangon has appointed Mohit Pise as General Manager and Milla Chaplin as Strategic Planning Director, while Khin Myat Thu is promoted from GM to Chairwoman.

Together, the new team will focus on Y&R Yangon’s already robust client base –including Colgate and Cerebos – as well as new business opportunities in one of the sub-region’s most exciting markets. Based in Myanmar, the team reports to Y&R Indochina CEO Peter Skalberg.

Y&R Yangon’s new General Manager, Mohit Pise brings with him close to a decade’s experience in advertising. Most recently the business lead for Uganda, Rwanda, South Sudan and Zambia at Africa’s biggest telco MTN, before that he worked with the likes of Wieden+Kennedy in India, on brands including Chevrolet, IndiGo Airlines, Ten Sports and ICICI Bank.

Said Mohit, “It’s an interesting time to be in Myanmar with some great brands already in our stable. The potential for growth is big and Y&R’s presence in Indochina is strong. We are the only agency in Myanmar to have ever won Gold at Cannes and hopefully we can add more to our name. With everything put together, it promises to be a challenging experience which is too good to resist.”

Y&R Yangon’s new Strategic Planning Director Milla Chaplin joins from Myanmar’s Mango Media where she oversaw New Business. Since joining the WPP Group by way of the Marketing Fellowship Program in 2008, Chaplin has worked in a number of different roles, across research, branding, advertising and media, in a variety of exciting and challenging locations. She gained her degree in Chinese and German at Leeds University in the UK, and, still fluent in Mandarin, owes much of her passion for Asia to her time spent studying in the region.

Chaplin returns to the creative agency fold driven by a desire to get back under the skin of Myanmar’s creativity. Added Milla, “Myanmar is an incredibly complex market, full of diverse, considered and passionate people. There is much work to be done to build brands with which people can identify and to deliver campaigns that will have a lasting impact, but I believe that the young, local talent coming up through the ranks have curiosity and creative firepower to achieve this.”

Commented Peter Skalberg, CEO Y&R Indochina, “Adding more talent of such a high calibre builds upon the business and creative growth we are experiencing in Myanmar. Y&R Yangon has gone from strength to strength since it was established in 2013, and we owe much of that success to ThuThu, our agency’s new Chairwoman. Not only were Y&R one of the first multinational networks to establish an Indochina operation, our commitment to this vibrant sub-region continues to strengthen.”

Y&R Vietnam won Silver at Agency of the Year 2015; Y&R Yangon brought home Myanmar’s first ever Cannes Lions – including Gold – for Colgate in 2014. 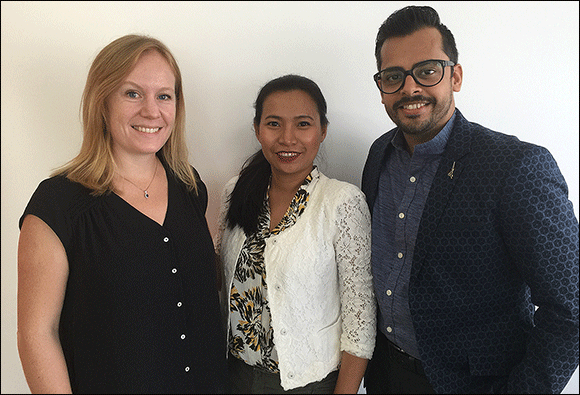 Y&R is one of the leading global marketing communications companies. It is made up of the iconic Y&R Advertising agency; VML, one of the most highly regarded and fastest-growing digital agencies in the world, and iconmobile, one of the premier mobile marketing companies.

Y&R’s largest agency, Y&R Advertising, has 187 offices in 91 countries around the world, with clients that include, Campbell’s Soup Company, Colgate-Palmolive, Danone, Virgin Atlantic, Xerox, GAP, Land Rover, and Telefonica, among many others. Y&R is part of WPP (NASDAQ: WPPGY).