Smaato, the leading global real-time advertising platform for mobile publishers and app developers, today released its Global Trends in Mobile Programmatic Report. Smaato analyzed data from billions of mobile ad impressions served on its exchange during the first half of 2015 to reveal that mobile web usage is soaring. While apps still command the market for overall ad spending on mobile, spending on the mobile web increased by 100 percent over the past year. 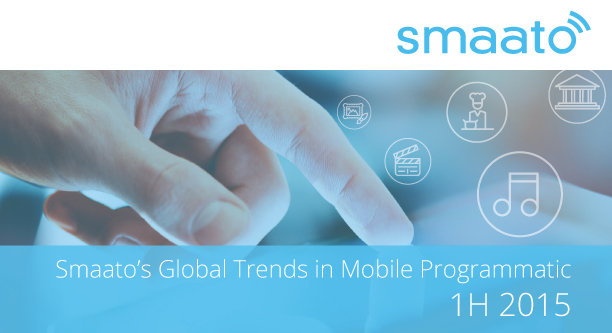 Social apps like Facebook and Twitter could be the driving force behind this surge in mobile web usage. According to a recent report from IAB, 52 percent of smartphone owners say they tap links in mobile apps that take them to web articles they want to read.

“The shift to mobile began with the mobile web – and then apps took over,” said Ragnar Kruse, CEO of Smaato. “Although we can’t say for sure whether we’re looking at a huge comeback of the medium, the fact remains that publishers and advertisers can’t afford to ignore the mobile web. Mobile ad strategies – whether it be the size of ads or the use of rich media – must be created with both app and mobile web usage in mind.”

Smaato also found that advertisers are doubling down on targeting families and parents on mobile. Spending on this demographic increased by over 300 percent over the past year, while the second most lucrative vertical only rose by 87 percent. We may be reaching the last frontier of mobile, where brands and advertisers no longer exclusively see mobile users as young and tech-savvy. 72 percent of kids eight and under have used tablets or smartphones, according to a study from Common Sense Media, and brands are doubling down on mobile to tap into this lucrative market.

Additional findings from the report include:

・App developers and publishers who provide age and gender information make four times as much in ad revenues as those who do not.
・Larger ad sizes are surging in popularity, especially in developing markets. Spend on larger ads (300×250 and up) rose by over 250 percent – in sharp contrast with the overall spend on the original app-only banner ad size (320×50), which only increased by 30 percent.
・Publishers and app developers who make room for rich media in their apps and on their websites are making 83 percent more money than those who don’t.
・While the United States remains on top in terms of mobile ad spending and inventory, the Asia Pacific region is growing rapidly. Spending in China rose by 315 percent, while spending in India grew by 279 percent.
・Android apps continue to lead the pack in terms of mobile ad impressions, commanding 32 percent of the overall market. iOS apps come in second with 20 percent, while Windows apps have 5 percent.

Smaato serves up to 6 billion ads each day, across 600 million unique monthly mobile users around the world, and works with 90,000 mobile app developers and publishers. The Global Trends in Mobile Programmatic Report reflects the detailed activity and trends that have developed over the first half of 2015 across Smaato’s broad, global base of publishers, advertisers and users.

To view the complete findings, download the full report on mobile advertising for the first half of 2015 here:https://www.smaato.com/reports/.