Virool, the fastest growing video distribution platform for marketers, today announced a new round of strategic funding to further accelerate its presence in the global advertising market. The company has raised a Series A round of $12 million in new funding from Menlo Ventures, Yahoo! Japan, Flint Capital and 500 Startups. The investment builds on a $6.62 million seed round from VC firms and angel investors including FundersClub, Troy Carter and Farzad (Zod) Nazem.

As digital advertising embraces a rapid shift to programmatic video, Virool has established itself as a key partner that supports all sides of the media equation. Launched in late 2012 out of Y Combinator, Virool now powers more than 75,000 video campaigns for some of the world’s biggest brands and their agencies. In March 2015, Virool introduced its InLine unit, an outstream ad unit that has served client video ads across more than 2,000 publishing properties on desktop and mobile web.

“2016 is already proving to be a very big year for Virool,” said Alex Debelov, CEO of Virool. “Our technology continues to push the limits of what’s possible for digital video as the market shifts advertising dollars from TV to digital in an emerging cross-screen world. With the support of Menlo Ventures, Flint Capital and 500 Startups, the additional funding will accelerate our North America, Latin America and Europe plans, and extend Virool into APAC with the strategic sense of Yahoo! Japan.”

“Alex has the hustle to take Virool’s growth to the next level,” said Dave McClure, Founding Partner of 500 Startups. “It makes perfect sense to invest in Virool; video is the future of the internet. Additionally, with 500’s presence in over 20 countries they are able to access our extremely diverse and global ecosystem, aiding in accelerated growth.”

Artem Burachenok, Founding Partner at Flint Capital said, “At Flint, the companies that capture our attention are the ones that tackle arduous challenges, and clearly demonstrate the potential to make a huge impact on businesses, as well as, people. Virool is a prime example of one such company because it is shifting an industry from ‘one-way’ mediums like television to interactive, digital environments. Online video advertising is a massive market, with at least 10x growth potential in terms of effectiveness, and Virool is very well positioned to take the lead in making it happen.”

“Virool has emerged as a clear leader in the native video advertising space, and we’ve been behind Alex since day one,” said John Jarve, Managing Director of Menlo Ventures. “At Menlo Ventures, we invest in startups and founders that set themselves apart with ambitions to change the world. Virool, with its InLine unit, has become a preferred way for publishers to monetize their properties on the web and the company’s incredible growth over the last three years serves as a testament to the team’s ability to deliver the right product for their customers.” 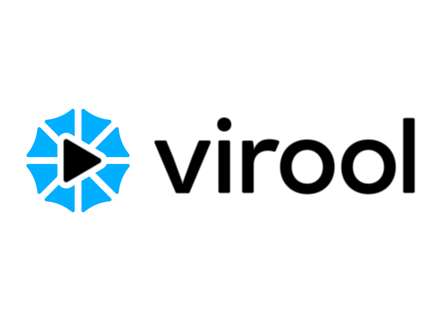 Virool is a video distribution platform for brand marketers that leverages programmatic technology to reach key influencers, making content more engaging and the ability to share easier than ever. Having served more than 75,000 global campaigns, Virool’s robust ActivView product suite and in-article native unit, deliver fully transparent and insightful analytics that offers viewability guarantees, emotional resonance and fraud protection. Within our platform, users can leverage a proprietary DMP of 450MM unique profiles to build custom, addressable audience segments across all screens. More than 100,000 multi-channel sites have activated video content from Virool via partnerships with Rubicon Project and direct native placements. Founded in 2012, Virool has raised $6.62M in seed funding from a collection of top VC firms and angel investors. It is the biggest seed investment that any Y-Combinator graduate has ever received.