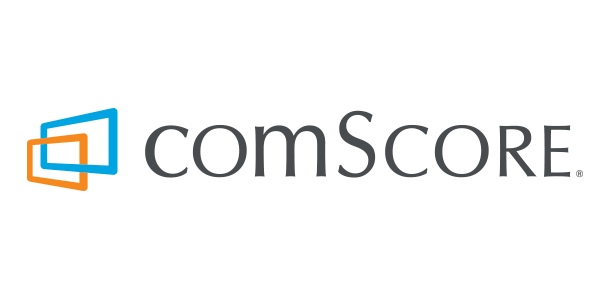 comScore today announced that it has extended access to its free viewability measurement solution around the globe. First announced in April 2017, comScore Viewability has completed live testing by worldwide advertisers, agencies, publishers and ad networks, and is now broadly available.

comScore Viewability is a self-service solution that enables clients to continuously measure digital campaigns within and across publishers and ad networks through an easy-to-use interface that reports baseline display and video viewability metrics. Providing broad access to viewability metrics promotes trust and transparency in advertising and shifts focus toward more advanced measures of ad impact, such as in-target reach and frequency and lift in brand equity, sales, or visits to retail stores and other destinations.

“We’re now several years into the viewability debate, yet it seems like our industry is having the same conversations while overlooking advertisers’ more critical needs,” said Dan Hess, executive vice president of products at comScore. “By offering free viewability measurement, we’re taking a stand to help marketers benefit from more meaningful metrics, such as who is truly being reached and the impact of creative and placement decisions.”

“If we’re to achieve true cross-platform measurement, we need to be confident that impressions are being measured on the same ‘opportunity to see’ basis that has been a standard for decades in television,” Hess continued, “By making viewability a given, we’re enabling clients to connect the dots and understand the total impact of advertising investments across both digital and TV.”

comScore Viewability uses the same measurement tag and technology as comScore validated Campaign Essentials™ (vCE®), meaning the metrics provided in comScore Viewability will align with vCE-reported data. vCE is accredited by the Media Rating Council (MRC) for both display and video viewability for impressions in desktop and mobile environments, and includes filtering of both general and sophisticated invalid traffic (IVT). comScore Viewability is not accredited at this time.

What the Industry is Saying

“In order to create a total video marketplace where buyers can plan across platforms to achieve advertising goals, viewability is key to leveling the playing field between digital and TV. This new viewability solution will help expand access and use of viewability measures, allowing the industry to turn its focus back to making sure that ads have an impact.”
- Lyle Schwartz, president of investment, North America, GroupM

“IAB applauds comScore for providing critical support for the digital ad industry’s viewability standard. It is critical that this industry stop wasting time on unproductive arguments about baseline standards and start investing time on what really matters – the strategies, ideas, and executions that move hearts, minds, and wallets. The MRC standard for viewable impressions was agreed to and has evolved under consistent cross-industry participation. It’s time for the entire marketing-media ecosystem to accept it and move on to more productive innovations, including agreement on how to measure cross-media audiences and engagement.”
- Randall Rothenberg, president and CEO, Interactive Advertising Bureau (IAB)

“Viewability has been one of those important issues that no one was quite willing to make the first move on. What comScore just made is a leadership move. They’ve changed the conversation and created a new normal on the issue of viewability. It’s great to see.”
- Doug Weaver, CEO, Upstream Group

“Establishing viewability as a baseline standard is critical to the evolution of digital advertising – it further helps bridge the measurement gap between digital and TV. By better aligning advertising across all platforms, advertisers can then take the next step to better understanding their campaign and brand performance.”
- Alison Fennah, executive business advisor, Interactive Advertising Bureau (IAB) Europe

“Offering free viewability measurement will allow for more comprehensive reporting and help close the gaps where viewability is not currently reported getting us one step closer to our industry goal of making digital measurement comparable to other media.”
- Marla Kaplowitz, president and CEO, American Association of Advertising Agencies (4As)

“Giving the market broad access to viewability metrics is a critical step in moving digital advertising forward. We applaud comScore for taking this step to bring greater trust and transparency to the industry, and working to level the playing field between digital and TV advertising.”
- Blaise D’Sylva, vice president of media at Dr. Pepper Snapple Group

“At Oath, we’re committed to helping advertisers and publishers build their brands and take action on real metrics across screens. As the digital advertising industry continues to grow, viewability is a top priority and marketers want greater transparency and trust in the marketplace. We’re excited to see the steps comScore is taking to enhance viewability measurement on a global scale, which will offer clients greater control and in turn drive more dollars to digital.”
- Tim Mahlman, president, head of programmatic ad tech platforms, Oath

“We’re glad to see comScore’s efforts to bring more transparency and accountability to digital advertising. By making viewability measurement accessible for all, our publisher community can better demonstrate the real value that they bring to media buyers and their brands.”
- Jeff Hirsch, CMO and head of U.S. publisher development, PubMatic

comScore is a leading cross-platform measurement company that measures audiences, brands and consumer behavior everywhere. comScore completed its merger with Rentrak Corporation in January 2016, to create the new model for a dynamic, cross-platform world. Built on precision and innovation, comScore’s data footprint combines proprietary digital, TV and movie intelligence with vast demographic details to quantify consumers’ multiscreen behavior at massive scale. This approach helps media companies monetize their complete audiences and allows marketers to reach these audiences more effectively. With more than 3,200 clients and a global footprint in more than 75 countries, comScore is delivering the future of measurement. Shares of comScore stock are currently traded on the OTC Market (OTC:SCOR). For more information on comScore, please visit comscore.com.